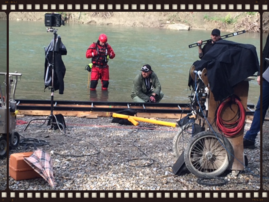 Since 2011 Engine 33 has been busy every fire season across the whole of Alberta. Deployments from Zammer City to Crows Nest Pass. During the Slave Lake fires Saracen was deployed to Lac le Biche to cover fires in Chisolm.

In 2011 Saracen built its first Type 3 wildland fire engine Engine 33 and successfully won a contract to work for ESRD.

The company was originally involved in risk assessment and hazard mitigation. Carrying out risk assessments for environment and oil and gas when working in hazardous areas.

This developed into training for swiftwater and ice rescue.

Saracen started in 2009 as a limited company with four owner directors.

Saracen have recently been called upon to provide a safe work place for those industries that work near, on or in water. Oil and gas, Tv and Movie sets. 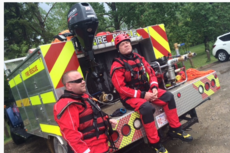